You don't put your hand into an open fire.
You don't chew on broken shards of glass.
Unless you're Steve Irwin, you just don't jump on crocodiles.
And when Clive Barker says that an indie horror film rocks, there's a fair indication it's gunna...

Vindication writer, director and producer Bart Mastronardi is part of the US East Coast low-budget  independent horror film community that cranks out horror based genre features and shorts on a regular basis. Vindication, Mastronardi's first film as a writer/ director, is an independent, low-budget blood & horror fest with Clive Barker's very own seal of approval no less...

HIT IT UP
Vindication is your classic tale of morality, but with a lot more to it than meets the eye. It brings out and deals with the raw emotions of loss, of guilt, of failure, and their terrifying effects on one individual's life. It showcases the nightmarish results of attempted suicide, and the far reaching impact this has, on the individual, his family, and his friends.The story bursts forth on to the screen through a running stream-of-consciousness process, and takes the viewer through a series of brilliantly crafted visual scapes following Nicholas Betram (Keith Fraser) as he plunges us down the frightening spiral of a life "gone wrong", and an all consuming choice that ultimately costs him everything. 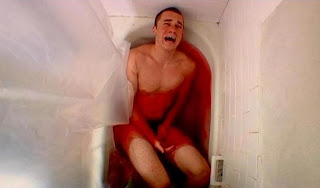 Vindication has a great cast and crew under Mastronadi's direction, and there's no end of talent on show through the production, in front and behind the camera. Henry Borriello provides the film's special FX and brings the horror of Nicholas' nightmares right to the fore of the films strong points. Mastronadi has employed the assistance of Dominick Sivilli with Vindication's production, and there is no shortage of strong visual representations and effects deployed by Sivilli throughout the film. Although some of the handheld camera work detracted from a portion of the viewing experience for myself personally, it was certainly made up for with some incredible montages and transformations that showcased Sivilli's ability to bring Mastronadi's story into the visual arena with the expertise it deserves.

I had the pleasure once again to enjoy the masterful audio experience that Tom Burns from Really Horrible Music brings to the screen. Burns worked on Jeremiah Kipp's CONTACT, and I truly felt that the sound scape Burns supplied for CONTACT proved to be one of the main highlights of the film. Burns has achieved a similar effect with Vindication, and there are some truly chilling moments where the audio work really intensifies the scene, and leaves an impressionable and lasting effect on the viewer.

Vindication's acting cast had quite a challenge ahead to get through the project, as the film took some time to complete, but their efforts and dedication certainly paid off. The cast received three major acting awards: Alan Rowe Kelly, Zoe Daelman Chlanda and Jerry Murdock, all for Best Supporting at the Dark Carnival Film Festival. The movie also won Best Picture and Director’s Choice at Dark Carnival and Texas Blood Bath.


THE DEAL
Nicholas Bertram isn't coping. With life. With himself. He lost his mother to suicide, his father has disowned him and treats Nicholas like shit, and he doesn't have enough money to cover his rent.  But he has even worse problems.  Along with self mutilation, leading to attempted suicide, Nicholas begins to lose his mind. Visions. Nightmares. Hallucinations. All of them featuring a demonic persona called Kon'Shens. This personal demon encourages Nicholas to let go of his built up guilt through brutal and violent ways.  Nicholas, now enslaved by his guilt and his regrets, turns them into an all consuming rampage as he exacts revenge on all within reach... 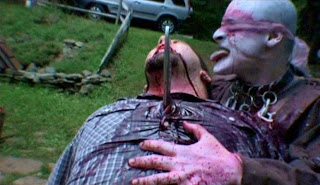 THE FEEL
Vindication is a tale about guilt, about conscience, and shows the terrible outcomes of an individual stricken with guilt. It also tells of the sad result of an individuals attempted suicide as a solution to all of life's problems, all through an effort of self vindication.

There's an enormous amount of bloodshed and carnage towards the end of the film, but there's more to this tale of horror than just the gore and special FX. There are myriads of complex issues addressed through the film's 76 minute run time, and I found myself questioning thoughts of conscience, action, reaction, and other introspective feelings as I watched Keith Fraser take his characterisation of Nicholas through this sad tale of guilt and regret.
Too, I found a great deal of fantastic talent on display, including Jerry Murdock as Nicholas' father William Bertram. I have read other reviews where Murdock's portrayal received a rather negative interpretation, but I totally enjoyed his characterisation. Within 30 seconds of screen time, I instantly disliked William Bertram, hated him, and to me that's what good acting is about. Make me feel something, anything, towards the character. And Murdock fully achieved this for me. I wanted his character dead!!!
There's also a sweet cameo by Alan Rowe Kelly as fortune teller Urbane. Absolute screen magic!

On the negative side, a Panasonic DVX100B mini-DV had been employed for filming, which for me made the movie's "feel" come across at times more like a "Made for T.V." movie than the "Hollywood" feel Savilli achieved with CONTACT. I would have preferred something along the lines of what newbie filmmaker Bradley Scott Sullivan achieved with "I Didn't Come Here to Die", which was shot on the Panasonic Lumix GH1 DSLR. Whatever processing was used on "I Didn't Come Here to Die" has given the low-budget film an amazing "feel" which almost made it look like it had been made in the 1970's on 35mm celluloid.

A great story, lots of gore, and for those who like their horror with some deep messages that take some thought process involvement, then you might just find it in Mastronardi's Vindication.

SKULL SCORE OUT OF 5

All rights reserved
Posted by stonerphonic at 11:10

looks pretty fucked up.....I'll have to watch it immediately.

I loved your blog. Thank you.

Great review! I hope you can also visit my collections of best horror movies of all time. 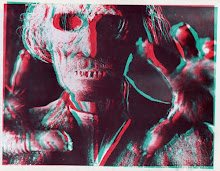 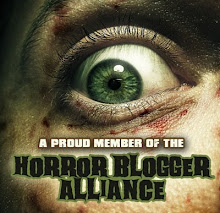 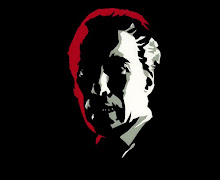 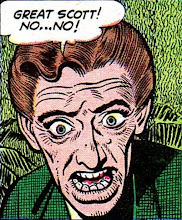 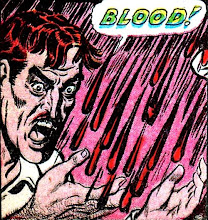 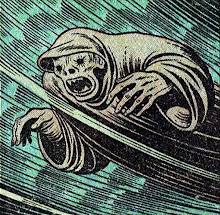 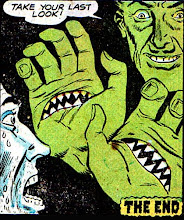